To begin with, Linux was designed from the ground up as an open-source operating system that meets and in some cases exceeds even government security standards. It does not, therefore, cost anything for hosting providers to add it to the virtual stack that they create for you when you order a Linux VPS through them. This in turn, frees them to offer you all of the benefits of whichever Linux flavor or distribution that they decide to offer.

There are typically two different camps of Linux users with regards to the type of Linux that you should use, the Red Hat people and the Debian people. Red Hat has always been popular because it was the first Linux flavor that stood out from the others in terms of its ease of installation, features, and support. The Debian people back this because it is said to be more robust, more configurable, and provide better security. 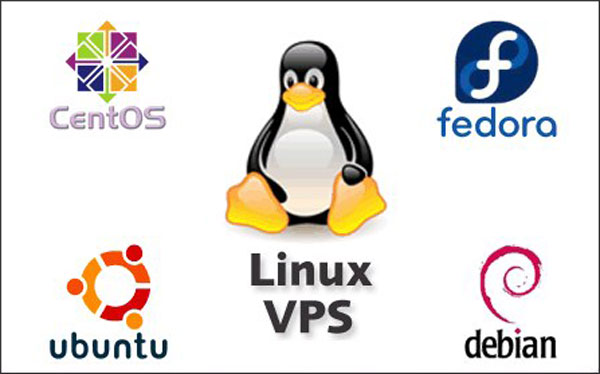 It wasn’t, however, until Ubuntu launched as a Debian distribution that the market for Debian builds really started to outstrip Red Hat. Like Redhat, Ubuntu is very user-friendly and is approved for enterprise use by a lot of large corporations and government agencies. There are several other flavors that exist that often build in a specific type of feature that might be the key to your operation. So, research well before you choose your Linux VPS.

Linux VPS Features to Look For

It will depend upon what you want to do. Each type of Linux offers several standard features and applications that are available in almost every distribution. You won’t be short-changing yourself from an application standpoint by running a different distribution. More often than not, with a VPS, most customers look at stability and performance by reputation. For example, it is known that the Ubuntu server has traditionally been more of a resource hog than loading the desktop version and running servers on that. So if you are committed to purchasing a Linux VPS, the reputation of a particular distribution can often trump the features.

From a VPS feature standpoint, here are the features that will be key to your purchasing decision:

Going into a purchase with the goals of obtaining a VPS that features the largest CPU, the most memory, and a decent amount of GB for your customers to use before you end up being charged more, is a solid strategy.

One thing to look for when you are shopping providers for different memory configurations is that some providers will allow you to pay for one memory size and then allow for a burst mode, where you can exceed that memory size in times of heavy traffic, a very useful feature.

Linux offers you a lot of power through a command line interface. Many Linux VPS providers add a layer of compatibility so that the VPS can be managed through a GUI interface via a third-party application. For new users and companies with a lot of administrators, paying a little more for managed hosting capabilities that include these extra tools pre-installed is a good idea. For advanced users or development, it is usually just as easy to install third-party applications that can do the same thing if you want a GUI.

Overall, Linux has pretty much won the battle of internet operating systems for use with VPS hosting. When looking for a Linux VPS, regardless of which distribution you choose, you will likely find the robustness of the system and the configurable security to be exactly what your web applications need.